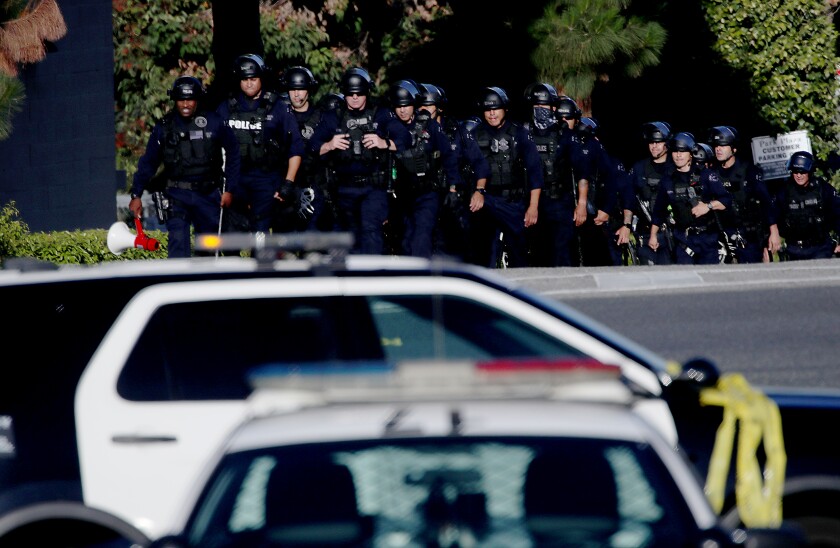 Good morning, and welcome to the Essential California newsletter. It’s Monday, July 25. I’m Andrew J. Campa, a metro reporter writing from the San Gabriel Valley (you know, the place where In-N-Out 🍔 was invented!).

It’s been a month of nostalgia dining in West Hollywood (WeHo, if you know), where warm memories and hot plates fed a crowd of salivating well-wishers.

Our Food Team documented a pair of returns in the iconic Westside enclave, leading with Irv’s Burgers.

The stand reopened July 1 after a four-year hiatus and has been celebrating a month of ceremonies, including a ribbon-cutting event ✂️.

Scores of crowds waited in long lines and shared recollections with our Stephanie Breijo, who documented the stand’s renaissance.

Among the fans were couple Dovie Mamikunian and Laurent Suchel, who lived in Paris until recently, and ventured to West Hollywood to and from Los Angeles International Airport.

“We … would have a hamburger before the plane,” Mamikunian said. “When we got off the airplane, first place we’d come is here.”

The duo visited Irv’s for 20 years at all three of its locations, including the newest version on Santa Monica Boulevard.

The burger stand has become a family tradition for Mamikunian, who grew up in Los Angeles. She discovered Irv’s with her brother, dined there with her husband, Laurent, and passed down the culinary custom with her daughter.

Like Mamikunian, regular diner James Evans was ecstatic to hear about the return of Irv’s. The location’s closing in 2018 brought about a sense of communal loss, said Evans.

“I was devastated — I felt so bad for them because they’re such a staple of the neighborhood,” he said.

On the first day back, Evans ordered his usual: a single cheeseburger, fries and a Coke. Mamikunian’s first trip back also heralded her familiar order of a patty melt.

The food was a welcome comfort for both. However, what made Irv’s stand out for Mamikunian, Evans and scores of others was the return of Sonia Hong, the restaurant’s former owner.

Hong ran and owned the locale from 2000