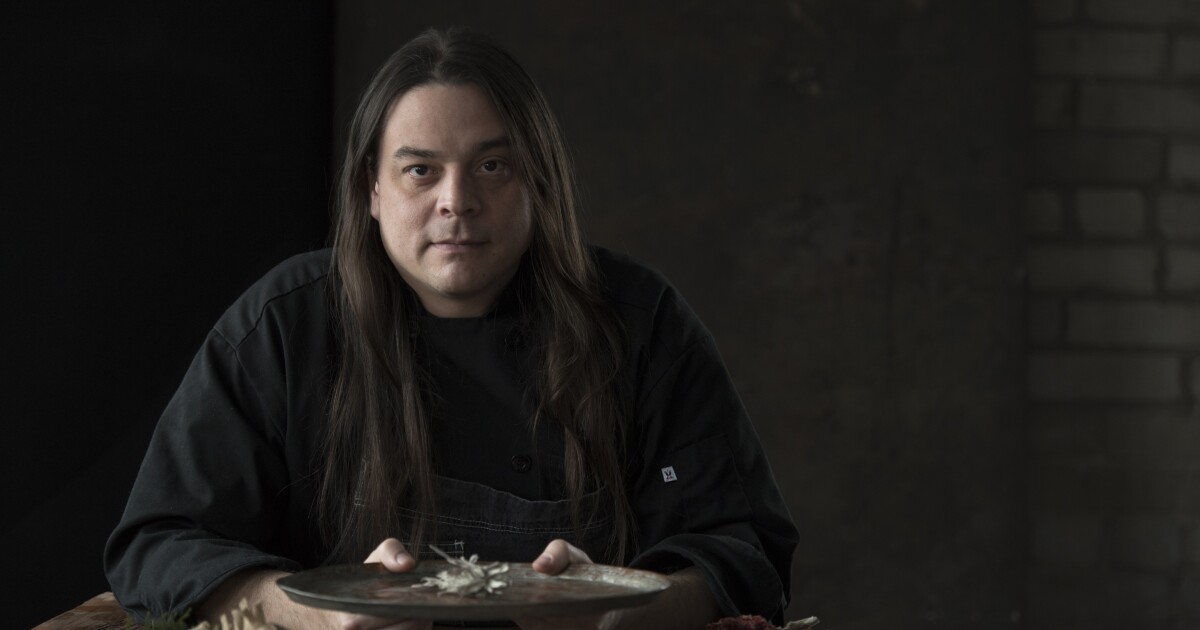 Sean Sherman is Ogalala Lakota, born in Pine Ridge, South Dakota. He is a chef, entrepreneur, author, speaker and founder of the nonprofit, NATIFS (North American Traditional Indigenous Food Systems). He has been cooking for more than three decades around the world. He works to revitalize and increase awareness of indigenous food systems in a contemporary culinary context. He has won multiple fellowships and awards from organizations like the First Peoples Fund, the Bush Foundation and the James Beard Foundation. In the summer of 2021, he opened a restaurant in Minneapolis called Owamni by The Sioux Chef. You can learn more about his work from his website.

This interview has been edited for length and clarity

On his most recent work
We’ve done quite a bit over a short period of time. We’ve been working on the cookbook for the past couple years. We’ve been able to travel basically around the world to do events all over the place, to talk about our philosophy surrounding Indigenous foods and really trying to open up people’s eyes that no matter where you are in North America, there’s Indigenous history and culture and food and flavor. It’s just been a lot of great work for us and we’ve been able to grow a really cool team and we’re really excited for the launch of our nonprofit that we’re hoping will help build Indigenous restaurants all across the country.

On growing up on the Pine Ridge Reservation
Well, you know, I think the 70s are a different time era for people anyways, but growing up on Pine Ridge in the 70s and 80s, we just had a lot of freedom. We were out there in the country and we roamed around a bit and we were curious and we never stayed indoors. I think I only had two channels of TV, so that was not even an option compared to nowadays and we were on a ranch, so we had lots of horses and we were able to move around quite a bit. It is a different perspective than I think most people had