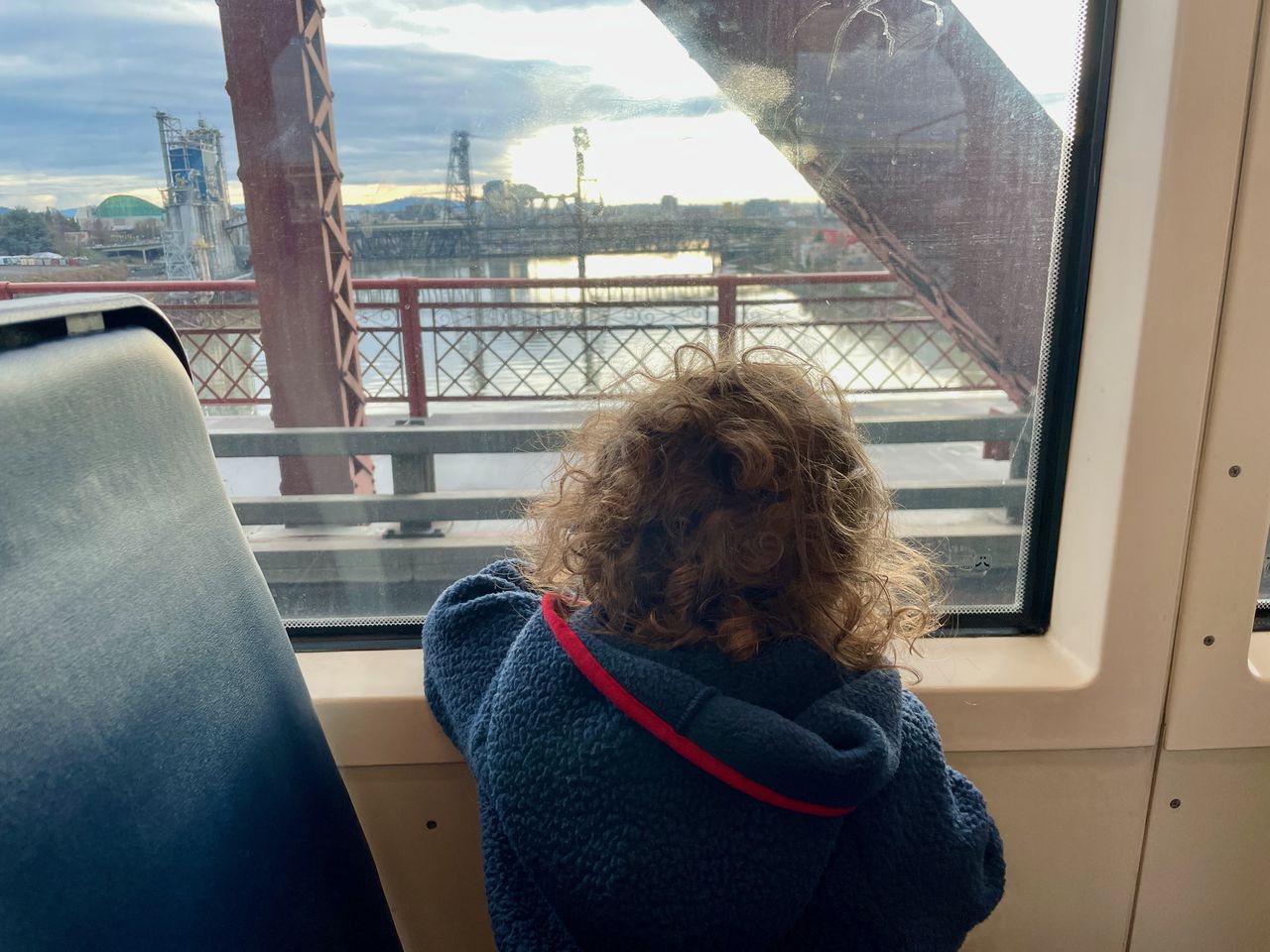 Plans change. If you want to travel, especially using transit, and also want to have fun and stay somewhat relaxed, it’s best to go in with the understanding that you might need to pivot to a very different destination.

Anyone traveling out of Portland, or probably anywhere in the entire country, around Christmas, learned some hard lessons about flexibility. I was one of those people – our planned vacation was canceled when the flight was canceled three hours before takeoff, with no option to re-book for days and seven-hour wait times to speak with customer service. Luckily, we were just supposed to be going on a fun vacation and didn’t get stuck at an airport. Many, many people had it much worse.

So, we pivoted (thanks really to my husband who had this idea, since I was not really feeling the “fun” of flexibility two hours into being on hold instead of on an airplane) and spent two nights in the Pearl at a hotel with a pool.

Then, the next week, I found out my parents couldn’t come with me on my next transit mini vacation with a toddler, which generally wouldn’t be a problem, but this one was a bit ambitious: Take city buses to Timberline Lodge in the winter. This requires three different buses, one of which operates on a mountain in the winter. Delays and outright cancelations for weather are always possible, and if that happened and I was stuck, with no other adults, on a mountain with limited cell service and one cold three-year-old … I wasn’t ready to risk it.

I will do that trip when I have more adults or the weather is better, but, for now, once again I pivoted.

Our Pearl District staycation was so nice, I thought, let’s do it again, this time using only transit. And, I decided to stay in a different hotel, so I could compare the two options for readers who only want to make the best choice.